Hey if you are a man who's about marry a 40+ year old woman then read this post.

After the age of 40 things start to go downhill for us women. And now that I'm in the final years of my forties, things are really going downhill rapidly. In fact I feel like the Jamaican bobsled team. WTF is on the tip of my tongue most of the time now (and shouted out loud when I'm alone). Since getting married my old bod has been acting strange. For a few years, I've had unexplained illnesses that have been alarming but then disappeared as quickly as they arrived. I initially blamed it all on being married to a Scot,having regularly conjugals and not eating a proper guju diet every day, then later blamed it on having a sprog as that does nasty things to your body that are best not to dwell on especially if you want to conceive.
I've had nights drenched in sweat, I've had tummy problems, and some weird aches and pains down and around there. I've had nights where I couldn't sleep or days and days where I couldn't stay awake. I started looking suspiciously at my sister in law who has ME and wondered if it was contagious. I started looking suspiciously at anyone who coughed, sniffled or anything near me. And then I lost interest in everything. It made it very hard to be motivated to work, to cook, to clean to do anything except fret.
Then one sleepless night I came across this list : 34 Menopause Symptoms and hallelujah the pin dropped and and I felt like realisation whacked my in the face with the force of Mjölnir. I've had a fair few of those and when I stopped seeing the usual amount of  blood (i.e. missed a month, then another, wished&prayed that I was pregnant but lived in fear that I was,then stupid AF was back again) it all sort of made sense.
So the poor hubby has spent the last few years dealing with all this and then I relayed to him the fact that our 7 year old has underarm hair and may be entering puberty early (apparently this is getting more and more common). WTF. I said WTF!!! I wanted to scream WTF.  Just as my system is shutting down, hers is getting reading for the change. She's too bloody young and so am I. We are neither of us ready for these changes. And neither is the hubby who just wants her to be his little girl for quite a few years more and his wife to stop being a raving lunatic.
Alarmingly, a third of kids alive today will live to well past 100 so it seems perverse that they are hitting puberty earlier. Wouldn't it be wonderful if they could enjoy being children for a lot longer and further down the line, have menopause later. Bloody mother nature. Just WTF.
Posted by Plummy Mummy at 14:45 No comments:

The 7 year old chugger in our midst

Righto, this post is going to be a bit odd (read hypocritical) bearing in mind the last one I just uploaded but I need to get it off my chest.
Since my kid started primary school there have been quite a few times where we as parents are asked to donate money - cake sales, spring/christmas/summer fairs, magicians coming in, kids going off to plays, kids going off to museums, kids reading aloud, kids dressing up, kids growing flowers. There are even sponsorship forms for her to get more people roped in which is hard as we do not have any close friends or relatives in the town. The requests are endless. This year seems to have been particularly bad as there has been one request after another for donations. The final straw was yesterday when we found a letter in her bag asking for £6 for a Roman day - a guy is going to come in dressed like a Roman and show the kids a lot about Romans.
I am so glad we only have one child as if we had more, there is no way we could afford all these constant requests for money. And when at the teacher evening last night, we asked kiddo's teacher what happens to the kids whose parents don't pay, the teacher had no response. Which implies that they expect all the parents to pay. I know for a fact that some of the parents are struggling financially and this is pressure that they will not need. I also know it's these parents who will try their hardest to find the money.
Whilst I don't want my daughter to miss out on any activities I'm not really sure that turning her into a chugger is teaching her anything about charitable giving. For e.g. kiddo now hates all Cancer charities except McMillan as that's the one the school supports. We have tried to make her understand that is a poor view but she's adamant that that charity is the best one.
Up until now the dosh has come out of our pockets. So we are now going to start telling her the donations should come partly from her pocket money - so the next time she brings home a letter asking for a donation she will also have to cough up (and yes, I know that's ultimately us paying as we are the ones supplying the dosh but there is a lesson to be learnt here dammit). Hopefully that will open up a discussion on when it's best to give, and when it's best to just say no.
Posted by Plummy Mummy at 14:21 No comments:

As usual I'm way behind with my posts. 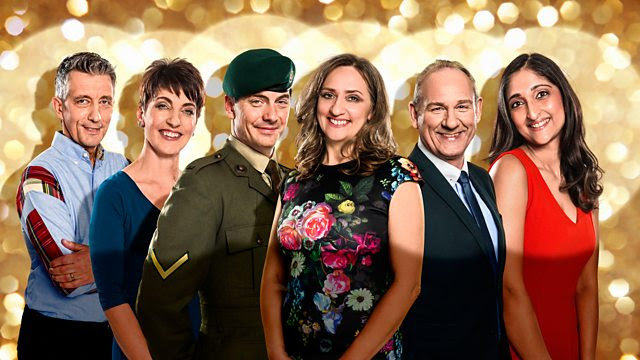 Did you catch the People's Strictly on the BEEB. I missed the shows where the contestants were chosen but managed to download them all on iplayer.

Back in the day, Ballroom dancing on the beeb used to be non-celebrities, normal bods. So it was nice to see that happen for comic relief. Only those 6 chosen bods were in no way normal - they were amazing people who give so much of themselves to community. I wish I had that in me but I seem to never quite find my place or feel I have anything that much to offer. Hey ho.
Oh, and in the manner of 6-degrees of separation, I happen to be linked to two of the contestants; one is my cousin's wife and the other started the school that my autistic nephew attends. both of their stories had me in tears. O.K. I lie, all the stories of these 6 amazing people had me weeping. Wonder if there is a way to help the community by being a profession weeping woman?

Posted by Plummy Mummy at 14:04 No comments:

I DON'T KNOW ABOUT YOU, he said, BUT I COULD MURDER A CURRY.

Rest in peace Sir P. Thanks for all the laughs. 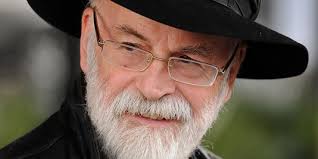 Posted by Plummy Mummy at 16:33 No comments:

Are we there yet?

For the last few weeks, my kiddo has been asking" Is it Spring yet" much in the same tone as the ever reliable "Are we there yet?" which she utters as we are ten minutes out of the house on the way to Dundee.
For me, the start of Spring is marked by the Hindu festival of Holi which I have always know as a super fun Festival of Colours. It's gorgeous - in Indian people throw colours over eachother and have lots of fun.

This year the festival was on Friday 6th March.

Recently, I read a blog post that said that had another origin story for Holi - the story of Prince Prahlad and his Aunt Holika. Phahlad was a devotee of the god Vishnu. But his father the King wanted everyone to worship him and was angered by his son's devotion. So after many unsuccessful attempts at trying to do away with his son, he asked his sister Holika to help. Holika had a special boon that prevented her from being burnt. So she let the young Prince sit in her lap in the middle of a bonfire. Vishnu seeing this was angered, removed the special power so the Aunt burnt and Prahlad was saved. I don't know what happened to the King.

What a grim story however, like many Hindu festivals, it celebrates good overcoming evil.

How can someone hurt a child like that and when will we see good overcome evil in real life? Today is International Women's Day. Usually around this time of year, the media has reports of the crimes committed against women all over world. For e.g. the India's Daughter documentary about the  horrific rape on a bus in India and the chilling statement by one of the rapists that this case has made things even more dangerous for women now - as criminals will now make sure they will kill their victims. I think the way that rape happened, those animals must have believed that the poor girl was dead when she was thrown off the bus. The documentary showed how her parents had given up everything for her to become a doctor. The animals didn't know that but they resented that she was out late at night with an unrelated man. Just evil. But the most shocking part of the film was the defence lawyers who were adamant that what happened to the girl was right and that she deserved it for being out late at night (it was around 7.30pm in the evening) - educated men my arse....scum in reality. And disgusting that the Indian govt stopped the broadcast of the film. Luckily I managed to watch it on Wednesday when the Beeb did show it. Or you can find it on iplayer.

Another story that I have been following was the final days of the trial of Ayesha Ali's murderers. Her evil mother and mother's girlfriend were sentenced to prison on Friday - the mother got 13 years, the girlfriend got 18. Not enough. Good did not overcome Evil. That poor child suffered so much.

My daughter is too young to be told these stories and for now, Holi will just be the Festival of Colours. She is currently obsessed with superheroes. I dread the day when I need to tell her that there are no real superheroes and that Good does not always overcome Evil. However, I hope that when I do, I do not instill a fear in her but instead a desire to make things change so that one day she can be her own Superhero and the only reason to celebrate Holi will be that yes, we are there and yes, it is Spring and the Festival of Colours.
Posted by Plummy Mummy at 20:56 No comments: