First week of school hols so of course, we decided to go down to see the family in London.
Booked weeks ago and looked forward to bunking down in my little brother's flat.
Few weeks pass then shite....

1. Kiddo refused to go to some holiday club outings and wants me to give up work so that I can look after her all the time. I was tempted as the new job is a bit of a let down. But sorry kiddo, it ain't happening. I already work at a low wage but mamma needs to work or she will go mental.

2. My brother's flat was no longer available as he's has some issues with the pipes (not his, just the ones that flow under the flat). Two options were open to us - change the trip which would cost dosh, or stay with my dad which could cost my sanity. Against my better judgement we opted for the latter.

3. Tunisia, Bombs. People just going about their business being killed. So close to the 10 year anniversary of 7/7. So depressing thinking that in 10 years things have not changed.

4. PMT on a monumental scale (this peri menopause PMT sucks).

All I wanted to do was go down, meet some cousins and friends and just have a laugh. But I didn't want hubby or kiddo in tow. I wanted to be free of being mum and wife. I wanted him to get in touch with his London friends and actually go out for a change (bit of a sore point but we have close to no social life in Scotland).

4. Day of the trip down. Heatwave.Train.  However, East Coast service was frankly brilliant. Before boarding we were asked if we wanted to check our luggage in. Why yes, that's fantastic yes, we would, yes we did and virtually skipped onto the train past other travelers who were holding onto their huge bags. Then when the air con broke down in our carriage, the service cart went through the train giving out cool bottles of water and also advising which  carriages had air con still working. Luckily, the train wasn't full and so we were able to move.

5. Tonsillitis. I could feel it coming on before the trip and hoped the heat would keep it at bay for the few days we were down south.

So we arrived. Dad is an alcoholic. The last few years have been tough as his alcoholism is much more apparent since he stopped working. His health has deteriorated tremendously and he is no longer able/willing to look after himself let alone the flat. I find it all very difficult to deal with. He used to nag, NAG me relentlessly, if I left a cup unwashed by the sink or a spec of dust on the dining room table. And now he nags, NAGS me pitifully to stop cleaning. I am sure I'm the only one that cleans his loo and bathroom so that they are only done once a year.

His alcoholism seems to have abated a little since our last meeting in October as he has stopped drinking spirits and is now on red wine. He also seemed to restrain his smoking for the first few days, though by the 3rd day of the visit, was back to smoking in front of my hubby and kid.

I know a lot of my anger is guilt as I'm not around to help him out anymore. In previous visits he's kinda hammed it up and acted very poorly (in the sense of being rude, and in the sense of being ill too). In the past my dad has been an utter arse to me -  it's hard to forgive and help him. It's also hard when I live miles away. I see-saw frequently with contempt for my brothers for not helping him and utter empathy with their own frustration with him.

Funny innit, headlines pop up every now and again about the how the old are so lonely but they never go into the backstories so much. That they may be reasons why some of these old dears are actually on their own.

And what is it with flying ants and their flight once a year? They hit my dad's kitchen. They did that once when I lived there. The little buggers. I'm glad we were there to sort it this time round.

Hey though, it's  not all doom and gloom. There were occasions away from the flat when I managed to get have some fun time with family and friends. 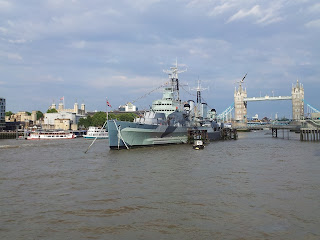 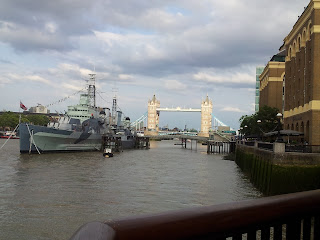 I waited along the Thames by London City Pier. It was fun watching tourists trying to take selfies with the view above and happy to help those that asked for to take their photos. I was waiting for one of my best friends. We had a saunter through Borough Market (closed alas) before settling for a most delicious Turkish meal finishing off with a pint in a pub. He told me that Thursday is the day all the city boys go out to drink!   I felt a little of the old me return - the London me. Also guilt again as I was moaning to him rather than savouring our time together.

Friday we went for the most delicious home cooked meal courtesy of my young cousin. She has two of the cutest little boys. I haltingly spoke Gujarati for the first time in ages and had a good old gossip. Then on the bus to see another friend for what was meant to be a quick coffee but ended up quite a bit longer sitting in her gorgeous garden in Muswell Hill chatting whilst kiddo had another go at her piano. The kid has some natural talent that I would love her to work on.

On Saturday we went to my little brother's house for lunch and to see my nephew and nieces. Kiddo loves it too as she rarely has cousins to play with. We decided to go down to Hendon Park in North London - our local park when my bro and I were kids. What a trip down memory lane seeing the old playground which is bigger than it was, but missing the putting green that's been removed. There was a lovely lily covered pond with huge gold fish that was so well maintained when we were kids but is now sorely neglected. But the tennis courts were the same as I remember and I stood alone silently for a while remembering my friend who died on 7/7 as she used to play tennis there. Happier times and ones to hold onto.

And on the last day we all spent time with friends from Plumstead in Greenwich which was superb. Sun eventually started to shine, the Cutty Sark and Greenwich park looked beautiful and the friends were wonderful.

We are back in Livingston. I'm kicking myself for being in such a mood (yes, the PMT has abated bastard PMT) but fuck it there are times when I miss London and the old me. But as my friends/family advised me - I just gotta let it go (earworm time!) and get on with my life up here. It's up to me to make changes which I plan to do.  But I'm not the only one, hubby needs to change too and kiddo is going to have to learn to deal with those changes. It's called growing up and it's about time I did some.
Posted by Plummy Mummy at 21:37 No comments: